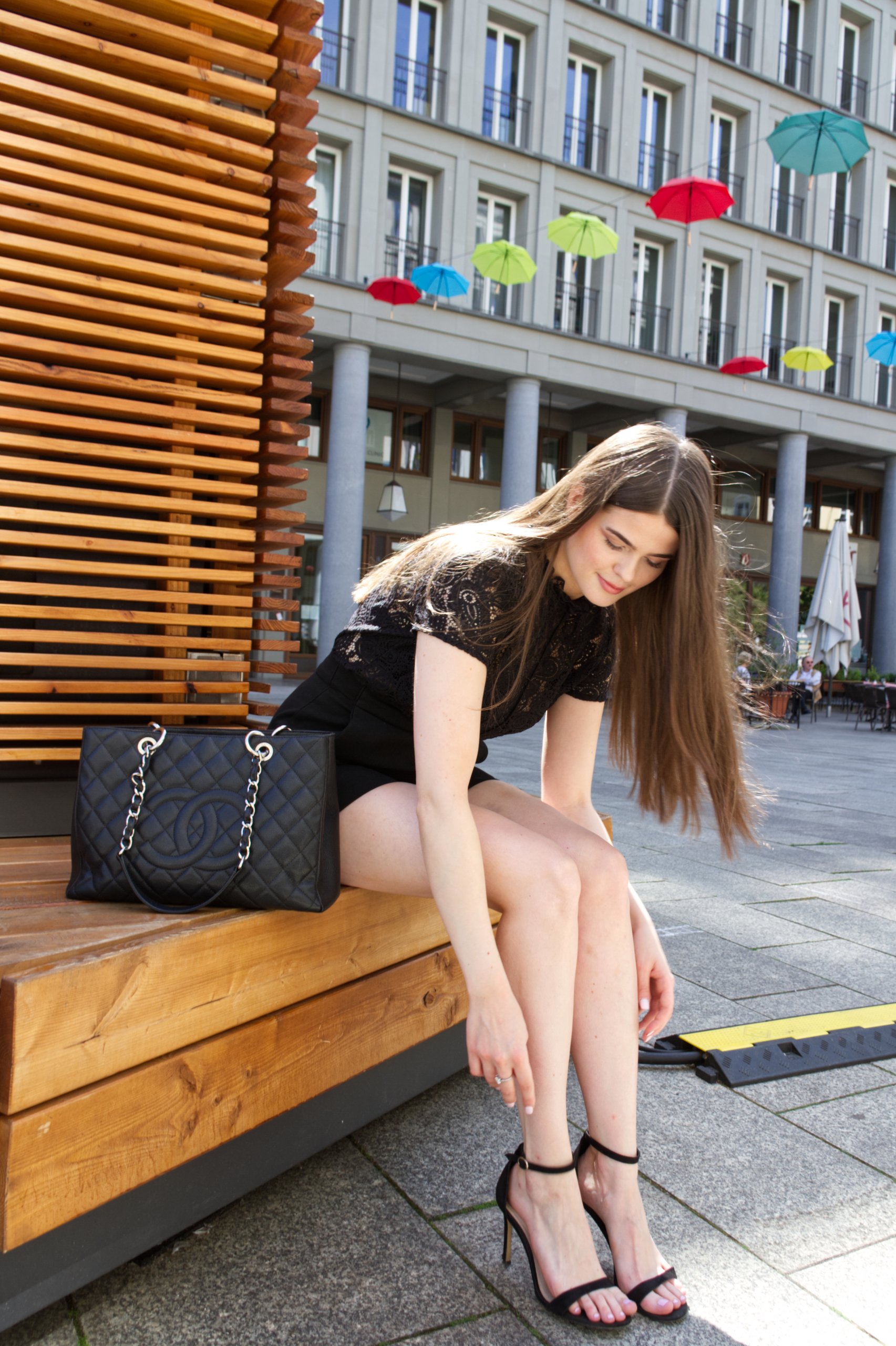 My top 7 Chanel handbags of all time

Just a few fashion houses have such a rich bag archive as Chanel. Some Chanel bags appeared on the catwalk and became must-have and it-piece of the international fashion industry, others fell into oblivion under the multitude of competing models. Today I will present you my little “bible” of Chanel handbags and tell you about the models that became icons and went down in handbag and fashion history.

Coco Chanel designed her first bag in 1929, however like other models of the time offered to upper class women, the bag was rather bulky and had to be carried by hand. In February 1955 – hence the name 2.55 – Coco Chanel introduced a shoulder-worn version and changed the history of handbags!

Unimaginable for us today, but for the first time it was acceptable for women from the highest social circles to carry a bag over their shoulder by means of a strap. The 2.55 model was considered rebellious, even uncouth, at the time, but women were captivated by the practicality it offered Chanel herself loved the new freedom, because with the bag over her shoulder, her arms and hands remained free for all movements and postures. Also, both hands could be buried in the coat pockets. Many more styles of play gave its wearer a modern look. The 2.55 immediately became an icon of the house.

Now to the important details of the 2.55: the bag was made of quilted leather – borrowed from equestrian sports, which Coco Chanel loved very much. The lining was wine red – a tribute to the uniform of the designer from her childhood in the convent of Aubazine. The bag had two chains, on such chains the convent guards used to carry keys. On the inside of the flap there is a zippered compartment. There is a legend that Chanel kept love letters in her bag in the middle of a romantic affair. Since the first 2.55 a number of variations have been created in the house of Chanel: in different colors and shades, even made of fur and metal.

The double CC closure and the chain question

In the 1980s, when Karl Lagerfeld took the helm at Chanel, the double CC closures were introduced. A few details distinguish the bags. . On the Classic, the chain strap is interwoven with black leather and the original “Mademoiselle” twist closure was replaced with an instantly recognizable CC closure – a calling card that embodies the logo-manic decadence of the era.

The Chanel Classic Flap Bag is undeniably one of the most important accessories in the history of fashion. Their creation, as well as that of their predecessor, the 2.55 Flap Bag, and its successor, the Boy Bag, are full of historical fashion lore.

This model first appeared in the 1980s and bears a slight resemblance to a reporter’s case. Over the decades, the Chanel fashion house has produced a number of variations of this bag. The bag has a recognizable Chanel 2.55 chain and is spacious. It convinces with an incredible universality, because it fits every look and is therefore an icon.

Known as WOC, it is one of the most versatile bags of the Chanel brand. WOC is simultaneously a bag, a wallet, a card holder and a clutch. Despite its small size, it is quite spacious. The model has a practical strap that allows the bag to be worn over the shoulder – in keeping with Coco Chanel’s preference.

One of Chanel’s most famous handbags is the Boy model. . Karl Lagerfeld’s launch in 2011 was a tribute to Coco Chanel’s first great love – Arthur “Boy” Capel, an English officer, polo player, millionaire and playboy.

Chanel loved to bring masculine accents to a woman’s wardrobe and Karl Lagerfeld continued this tradition with the Boy model. The rugged-looking structure of the bag was inspired by a special ammunition bag used for hunting. This innovative bag was quickly elevated to iconic status by fans and collectors of the Chanel brand. And the House of Chanel continues to knit away at the bag’s fame, as each new season the Boy model is reissued in different shapes, sizes and colours, using not only leather but other materials as well.

The Grand Shopping Tote is one of the most spacious and coveted models in the Chanel collection. It is the perfect bag for everyday and stylish shopping. Production of this model was discontinued in 2015. Since then, it has been one of the most coveted Chanel pieces on the secondary market. For many Chanel fans, the discontinuation was a mystery. Tip: If you spot a GST in a vintage boutique, don’t hesitate and secure this treasure.

Karl Lagerfeld introduced the Chanel Lego in 2012. At the time, fashion editors wrote that the bag was not particularly promising. But the trade press was wrong, because the bag has many lovers and collectors worldwide.

The design and material may not correspond to a typical 2.55 bag, but the bag exudes the Chanel brand with its timeless modernity. The plexiglass box – a material that was already fashionable for handbags in the 1950s and 60s – has the classic double C logo across the front. The bag is available in transparent or completely monochrome. The metal chain subtly references the intertwined chain of the 2.55.

For collectors and fans: The Chanel Lego bag was produced in a limited edition and was extremely difficult to get in a Chanel boutique at the time, as it was sold out immediately. This makes the bag a rare piece on the market.

The Gabrielle bag first appeared in the Spring/Summer 2017 collection and became an instant Chanel classic. The distinctive shape is inspired by the structured silhouette of a binocular case. In addition, the Gabrielle Tote was the first Chanel bag to be designed as a unisex model.

The elegant silhouette with a practical handling combined with a long strap make this Chanel model a favourite among younger customers. It is an uncomplicated bag for everyday use, but in the Chanel tradition. It is available in different colours and materials. The bag comes with the cool Gabrielle backpack, which looks tiny at first glance, but is actually quite voluminous on the inside. Also, the backpack can easily be transformed into a bag that can be worn on the shoulder and over the shoulder on the same chain.

Text by Evi about Chanel